I tried a new recipe last night called Pork Chop Supreme. I have a list of recipe blogs that I frequent on the lookout for 'keepers' to add to our recipe rotation. I found this one a fullbellies.blogspot.com (thanks Sandra, who happens to be an air force wife - aim high! cross into the blue! what is the Air Force's slogan now????)

So, my Hoosier Man and two Georgia Boys devoured this. I, too, served it over rice. I made one minor change to the recipe. I added a tablespoon or so of Chipolte sauce to the sauce. Gave the recipe just a very slight kick (very slight). And boy, was it yummo!!!! And way cheap. I used 8 pork loins (because well, like I said I'm feeding a Hoosier Man and two Georgia Boys). I think next time I'll increase the ingredients that make up sauce/gravy to give us more.

Just head on over to Sandra's blog for the recipe.

The other day I cried so much. Mostly happy tears. Relief tears. Some 'I'm sick of this tears'. God blessed us financially. I cried. I literally cried out, my body shaking, in relief. Jehovah Jirah. So many times I cry out that name of God. My Provider. Jeff had a very important meeting that could have gone one of two ways. Good or bad. He walked in to the meeting armed. Armed with the sword of the Spirit. Armed with 'the peace that passes all understanding'. Armed with the spirit of peace. Armed with many prayer warriors praying. The meeting went not only good, but very good. Mighty Warrior, dressed for battle. And I cried. I literally cried out, again, my body shaking, in relief. I am still plagued with a body sickness that caused me also to cry out with tears of frustration, 'I'm sick of this tears', I'm tired, emotionally, and physically. And I finally got an appointment scheduled. I cried out in thanks for that.

Just a quick update. 1) Dealing with some female medical issues that sent me to the ER and a follow up with my doctor and a consult (which I haven't had yet) with a GYN and that I am so about done with (and wish I really were done with but I'm not)

2) My Aunt Jeannie passed away. Aunt Jeannie is my mom's sister. They were close even though they've lived so far away from each other for thirty years. Over the years Aunt Jeannie always made us kids things for Christmas - every year it was something - without fail.

5) Mentioned that the boys turned in their science projects late (because they, the boys, didn't let us know that even had science projects until the night before they were due), anyways, their science teacher said that if their projects hadn't been late he's positive their projects, both of them, would have been in the running for best in the school and probably could have gone beyond that. BIG lesson learned - we hope!!!!

I finished the book/study 'Surrender' by Nancy Leigh DeMoss. I was leading the class on Saturday evenings. Good way to spend Saturday evenings: church, bible study, Hoosier Man has dinner prepared when I get home with the boys (he goes to church with me but doesn't have a study to go to Saturday evening so comes home and fixes dinner so we're not tempted to go out to eat).

The chapter in the book that hit me the most was 'A Hole in the Ear: Bondslaves Forever. DeMoss wrote about a Christian by the name of Josef Tson who studied American evangelicalism and the spiritual pardigm shifts that have taken place. The first shift took place in the beginning of the twentieth century when emphasis on pursuing holiness shifted to a desire for uplifting, ecstatic experiences. The second shift took place in the 50's and 60's when the call to full surrender became the call to 'commitment'. Tson explained the difference: 'Christian surrender means that a person lifts his or her hands and says to God, 'Here I am; I surrender; You take over; I belong to You; You dispose of me!' But this is America, the country of the independent people! This is the place of 'Nobody should command me!...I belong only to myself!" A call to surrender, and even more, to full surrender, simply doesn't go well with such people. Therefore, the preachers, who wanted 'results' and wanted them in big numbers, felt (and gave in to) the temptation to soften the demand, to reduce the cost, to make the message more palatable. And they hit the word commitment. Commitment means "I engage myself to do something for you, or even lighter, I promise to do something for you,' but I remain myself and I may keep my promise or not.'

Another shift came quietly, says Tson, "Translators did not like the term 'bondslave' to be applied to people. Who wants to be somebody else's slave? Therefore, they replaced it with 'servant.' Again, a reflection and demand of the independent spirit! In the Greek, 'slave' is doulos; 'servent' is diakonos. In the Greek bible one never, never diakoneo to God - one never serves God; one only douleo to God - that is, one slaves to God. Jesus makes it clear in Luke 17:10 that however much you do for God, at the end of the day you say 'I am an unworthy slave; I only did what is the duty of the slave to do!' But all that is gone now, by the replacement of the word 'slave' with the word 'servant'." Slavery is a concept we resist, yet absolutely appropriate is we are to choose to be the slaves of the Lord Jesus Christ.

Pursuing Holiness vs. an uplifting, ecstatic experience; Full Surrender to Jesus vs. Commitment to Jesus; Bondslave of Jesus Christ vs. Servant of Jesus Christ.

3. Sometimes I get tired of Taco Tuesday. But I continue it because I've got three boys, Hoosier Man and two Georgia Boys, who would mutinize (I don't think that's a word; I mean mutiny. But I absolutely can't think of how to use it here).

4. I spend way to much time on the computer.

6. I love leading bible studies. But at the beginning of each study I feel so unworthy. And scared. And unworthy.

7. Memorization of scripture is extremely hard for me.

8. I can listen to a sermon and by the afternoon forget what it was about. Not because it wasn't good but because I can't remember.

9. I love to laugh. I don't laugh at inappropriate times but I laugh good and hard sometimes when things are funny and even though others are laughing too people look at me funny. My husband has even told me to shhh. One thing that gives me such pleasure and yet can hurt me so much. Can someone stop themselves from laughing.

11. I'm getting off this computer now and going to go do bible study.

I spent the entire day yesterday off the internet. On purpose. And read a book instead. I read 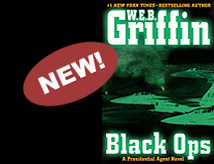 this book. It is the next book in the A President's Agent novel series. It was very good. With a surprising ending.

It was actually wonderful to be off the internet for an entire day. No email. No Pioneer Woman. No digital downloading. No nothing. Just reading. Oh, and cooking tacos for dinner. Because well it was Tuesday. You know, Taco Tuesday.

Some people live all their young lives in church. Their parents take them to church every Sunday. They attend Sunday school. They learn all the books of the Bible in the third grade and receive a set of ribbons for their Bible as a reward. They go through catechism and learn – what? What is it they learn? The pastor’s son is cute. No, that’s not it. Jesus is the Christ, the Son of the Living God. Yeah, that’s it. But I missed that part. Oh, I knew it in my head, and when I finished my catechism class I knew that and a bunch of other stuff too (including the fact that the pastor’s son was cute). I knew it in my head. But, it never made it to my heart.

In 1988 when I graduated from the Air Forces’ weather forecasting school (meteorology school) I got sent to my first of many army assignments. I was in the Air Force going to an Army installation. I was supposed to go to Fort Riley, Kansas. Instead, I went to Fort Sill, Oklahoma. I

It was there I met Dermot. Derm, as everyone called him, was one of the forecasters stationed at FortSill with me. Since he was my primary trainer I got to work with him every shift for several months until I was trained in and then I would relieve him or he would relieve me on shift. Derm brought a briefcase everyday to work. In his briefcase was a much worn Bible. Not old. But, used. In all my years in the military I’d never seen anyone bring a Bible to work. But Derm did.

Derm was this gentle man. He was a gentleman too. He was kind and good. In the busiest times at work, pilots at the counter, phones ringing off the hook and the weather turning stormy, Derm never lost control. He was patient on the phone and to those pilots that could be – frustrating, to say the least. Somehow, if one of our co-workers lost control, Derm’s words would bring peace to the situation.

So when Derm asked me if I wanted to go to church where he and his wife Paula attended I jumped feet first into a place of something other than my home where I was abused. I loved Derm’s wife instantly. We became fast friends. I attended church with my girls. My husband went three times and never returned. I never pushed.