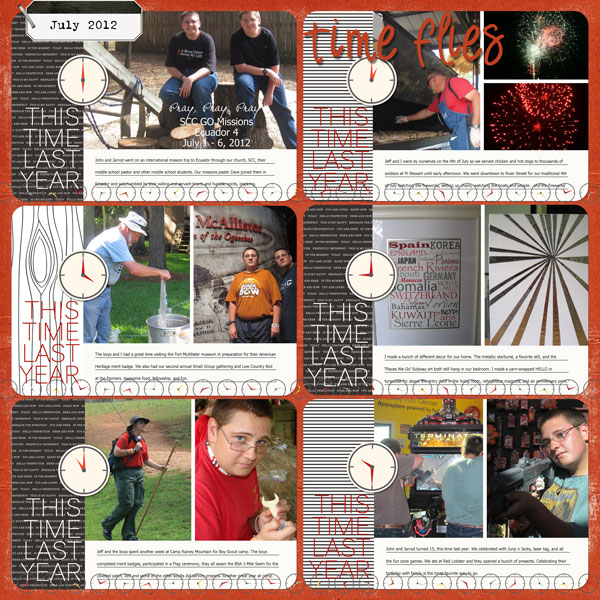 Using just the photos from July 2012, and using Ali's 'This Time Last Year' template she provided in the classroom I created a layout of photos and stories of what happened THIS TIME LAST YEAR in July. July is usually our biggest summer month. So much goes on from Boy Scout camp, to 4th of July, to John and Jarrod's birthday. And sometimes other stuff happens - like an international mission trip to Ecuador.

I made a bunch of home decor/crafts this month. Jeff and I were alone for a week while the boys were gone and I was alone a week while my men were at camp. So interesting to look back. 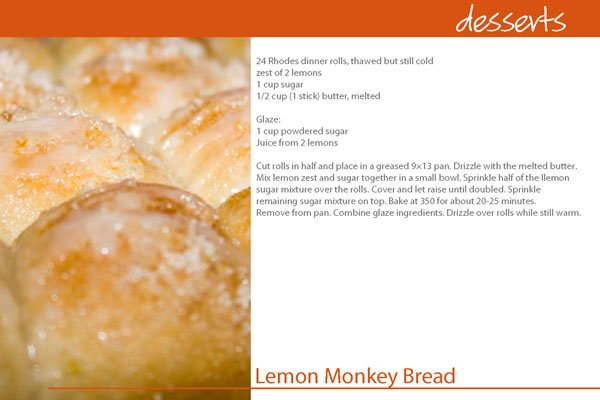 I made this unique monkey bread (photo and recipe from the Baker Lady) for our Small group one Sunday evening. I have such an aversion, bad taste buds, to most desserts I make, I was delighted when I could eat and enjoy this tangy, tart, and yet, sweet dessert. Perfection!

40 recipes in a bowl | Olive Garden's Salad and Salad Dressing 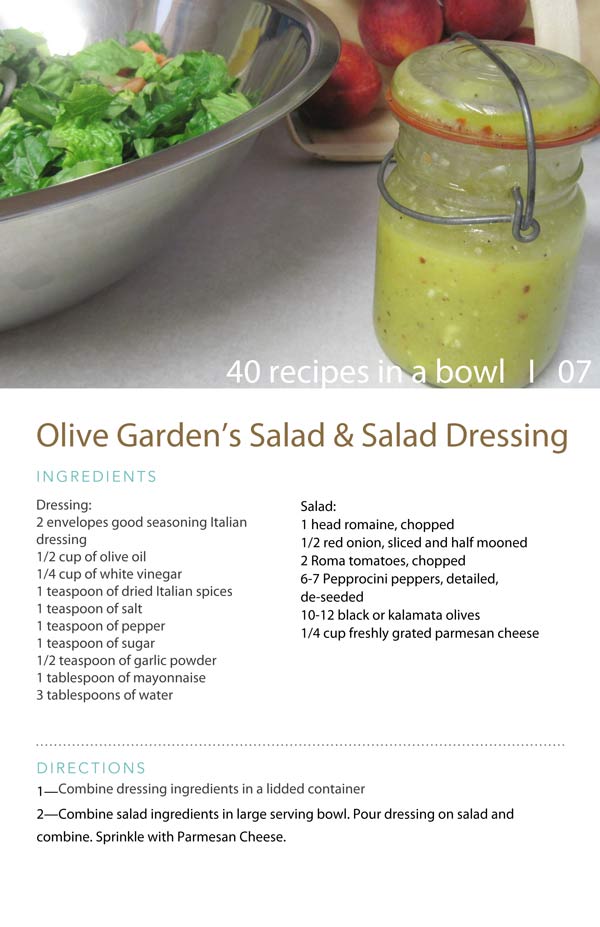 We are big fans of Olive Garden's Salad and in particular their salad dressing. Most of the time when Jeff and I hit Olive Garden on a date night we'll both get soup, salad, and breadsticks. And the waitress always has to bring a second bowl of salad. When Ashley was visiting recently she brought a bottle of Olive Garden's Salad Dressing, which we used up in two meals of salad. So, I scoured the internet for a copycat recipe and I think I made a winner. I combined recipes from several places to make it my own. It turned out great. 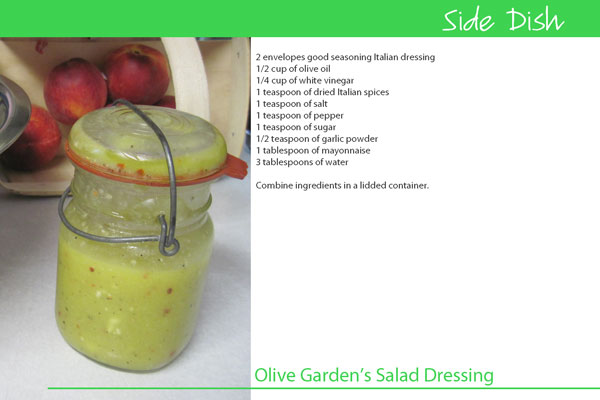 The recipe card above it for the Kids' Recipe book. 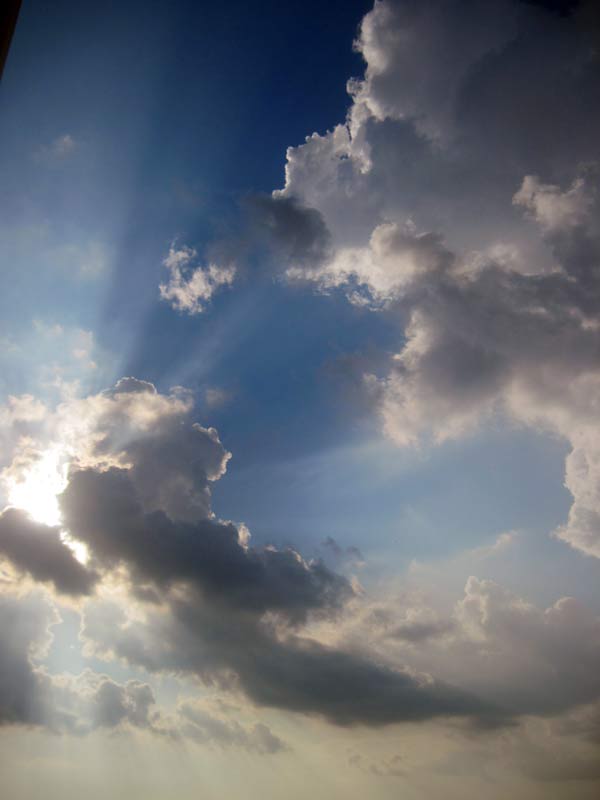 (taken with my Canon Power Shot, on the sixth floor of the control tower last week)

hello new beginnings. The boys and I begin their 10th grade school year with our almost 4th year of homeschooling. Time flies!

hello to another week of capturing evening skies.

hello to a date night (on Friday) with Hoosier Man.

hello to spray painting dining room chairs - I truly need to finish them.

hello to slowing down, taking my time, not rushing through, organizing, simplifying.

hello to saving for the final amount needed for wood flooring. Can't wait!!!!

hello to another great week. God is always good. 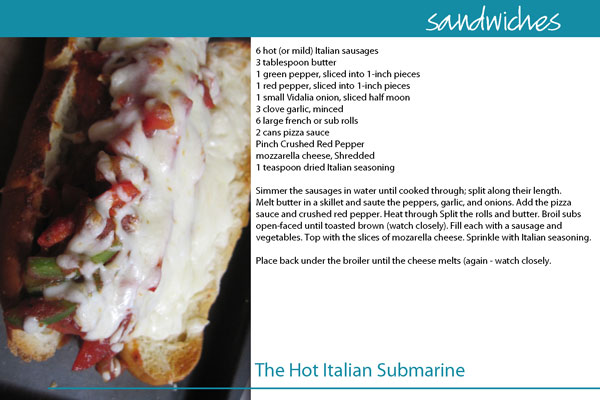 I made this sometime in May when Ashley was here. And, well, she liked them too. 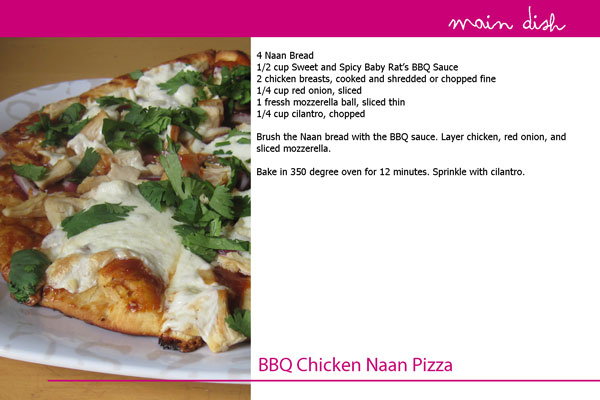 While Ashley was here we made several variations of Naan pizzas. When Brad finished out their visit and came for that last week we made BBQ Chicken Naan Pizzas for lunch one day. Ashley and I, and John and Jarrod had been trying other variations but Ashley knew this pizza would be one that Brad would devour.

It was a big hit. Naan pizzas are simple and fantastic. Because the Naan bread is already prepared most of the work is done and enjoying the pizza comes quickly. The flavors of the sweet and spicy BBQ sauce goes so well with red onions, roasted chicken and the crisp, cool cilantro. You could certainly go with a milder BBQ sauce but man Sweet and Spicy Baby Rays is amazing sauce. And please, don't leave off the cilantro. Unless, you hate cilantro. Yesterday was John and Jarrod's 16th birthday. Jeff surprised them by coming home from work before lunch with their first birthday gift in tow.

We got them each a new leather belt. 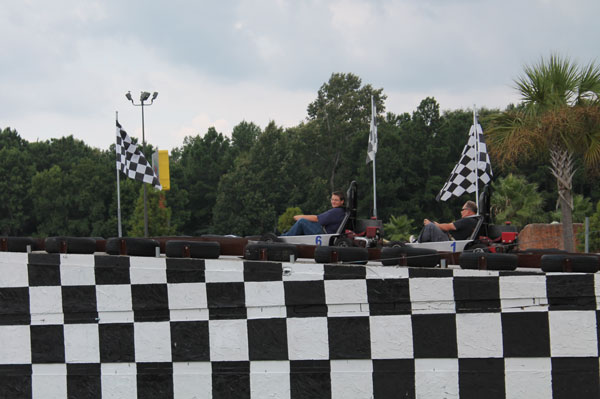 The boys chose Jalapeno's for lunch. We visited the restaurant in Pooler. We really enjoyed our lunch - stuffed ourselves silly. While we were at Jalapeno's Ashley called to wish them Happy Birthday. Then we headed to the Fun Park for Go-carting. We bought enough tickets for Jeff, John, and Jarrod to run a track; John, Jarrod and I to run another track; and John and Jarrod to run a track. We had a few sprinkles of light rain, threatened some more but nothing to cause closure of the track. All good until I got rear-ended coming into the pit when someone behind me didn't hit his brake. 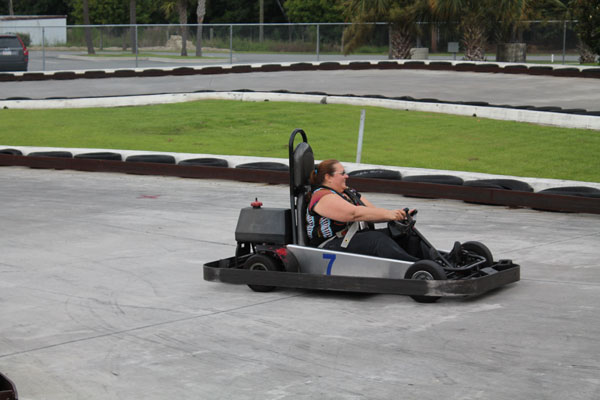 After go-carting we headed to Richmond Hil and Jump n Jacks for some Laser Tag. We paid for two rounds for Jeff, John, and Jarrod (I sat out; that hit knocked me silly), but they ended up going three rounds. Huge blessing!

Next stop was Walmart for a couple more gifts. We got each boy a charger for their ipod that can charge anywhere - they've been using Jeff's charger or whatever they can find. We also got them new work boots. Both were able to get Size 12 boots - pretty darn nice boots too. 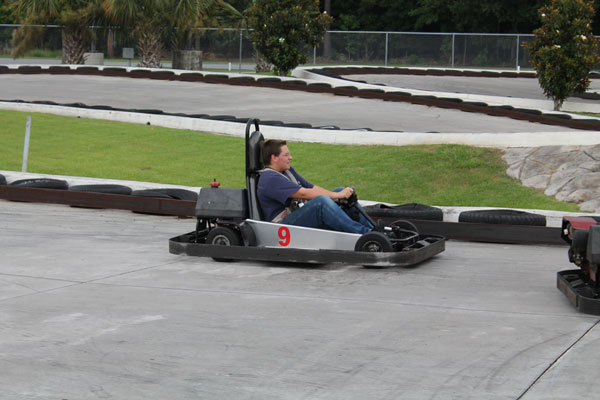 We headed home to put up some refrigerator stuff, and the boys opened their gifts from each other; Grandma Geer's card came yesterday too. While we were home Elizabeth called to wish them Happy Birthday.

We weren't done yet with their BirthDAY.

For dinner they chose Red Lobster. Which we enjoyed immensely. And once again stuffed ourselves. 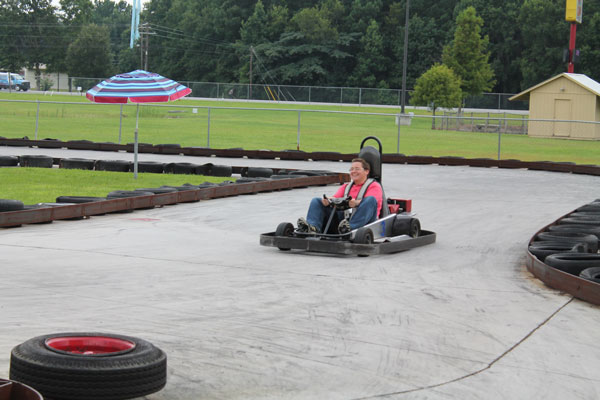 After dinner we headed to the movies. We had picked up tickets before going to dinner and while the boys knew which theatre they didn't know which movie we were going to see. We watch an awesome movie. RED 2. It was a great choice. We all really like RED and while you never know what your going to get with sequels RED 2 was fantastically funny. Perfect end to a great birthDAY. 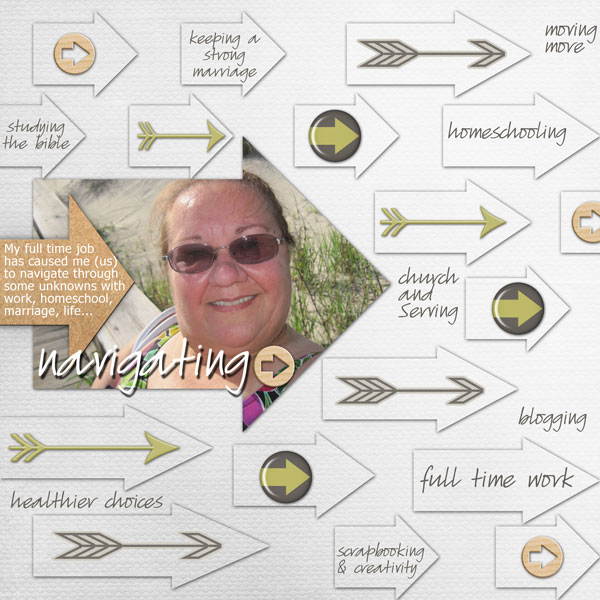 In my Hello Story class with Ali Edwards Week 3 was all about navigating, journey, and arrows. I saw a page on Pinterest that had Silhoutted-cut anchors covering the entire page with one photo - this is my take. It is an all-digital page documenting, albeit loosely, the things I (we) are navigating right now because of my full time position. I'm not anywhere near ready to say I'm set. I'm good to go.

I was thankful for Jeff yesterday because I told him I was frustrated because I haven't found my groove yet; adjusted yet to life + full time work. He told me not to be frustrated that I haven't given it enough time. That set me back up again listening to wise counsel. 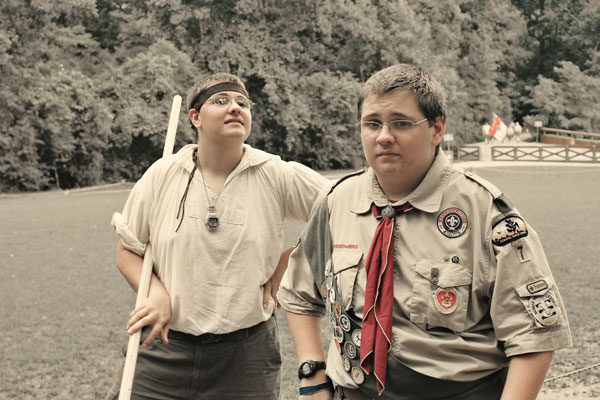 God blessed us immensely when He gave us twins. They are amazing boys. It has been an honor bestowed on us, unworthy except by the grace of God. We love them so - and hope for many amazing years more for them.

Happy Birthday John and Jarrod. We love you!

We'll be out of the loop today celebrating their birthday all day! Lunch and Dinner their choice. Go Carting. Laser Tag (surprise!), here and there and here and there to pick up birthday gifts...fun day. Jeff will be home soon (he's taking a half day as a surprise too!). 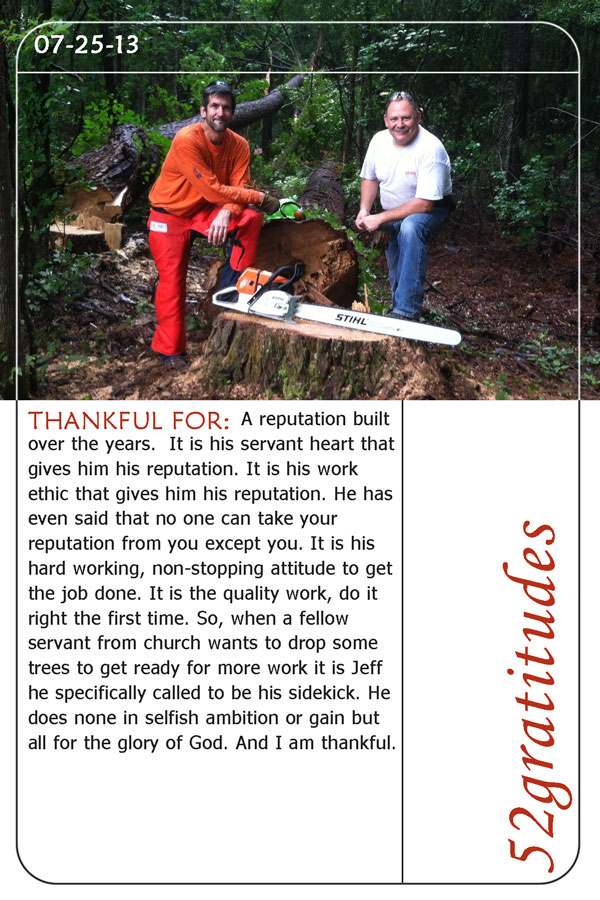