Short Essay Series From A to Z | A is for Altocumulus

Altocumulus. That unusual sounding word is a cloud genre. It's a type of cloud, people. Surprisingly, as a meteorologist who has beheld breathtaking, jaw-dropping skies over the thirty-plus-years of looking up, this whitish, often greyish from self-shadowing, bundle of clouds, or rolls of clouds, like the rollers on a conveyor belt, remains my all-time favorite cloud. Most often altocumulus is formed by the rise of an expanding layer of air at the border of a rising zone of air. But, sometimes it becomes. It becomes altocumulus when it is transformed from the spreading out of the low cloud cumulus that has risen to middle level heights but encounters air that is no longer -  rising, so it needs to spread out into the form of altocumulus. Or, when it becomes altocumulus from a dissipating cumulunimbus, a thunderstorm cloud. Altocumulus clouds are a middle level cloud with heights ranging from 6,500 feet to 18, 500 feet (some textbooks, some teachings, have noted middle level clouds, in particularly altocumulus, can be observed even higher, up to 23,500).

When I was teaching high school meteorology, for a homeschool cooperative the textbook we used, an older edition of, The Atmosphere, had a chapter on clouds, in edition, within the laboratory portion of the class I taught cloud identification because I was teaching my students how to observe the weather. I encouraged my students to look up each time they went outside in order to observe the sky. Even if there are no clouds in the sky, and the sky is a crisp, sharp, uncontaminated blue, I can see God through the window of the sky. For it is God who directs the matters of the sky. It is God who says altocumulus stratiformis expand across the sky like a field covered in prickly cotton bulbs. It is God who says to altocumulus castellanus man your turrets, stand tall, ready your battlements. Looking up as I walk outside, after all these years as a meteorologist, is ingrained, ineradicable, and automatic. While discussing clouds I always shared with my students, "Mrs. Bowers favorite cloud is altocumulus." With each power point slide of the uniqueness of altocumulus, discussing the various species and subspecies of altocumulus, without using 'technical terms' like the altocumulus floccus, I was sharing the beauty of altocumulus through the eyes of Mrs. Bowers, through my own eyes.

I always could tell who is listening:) 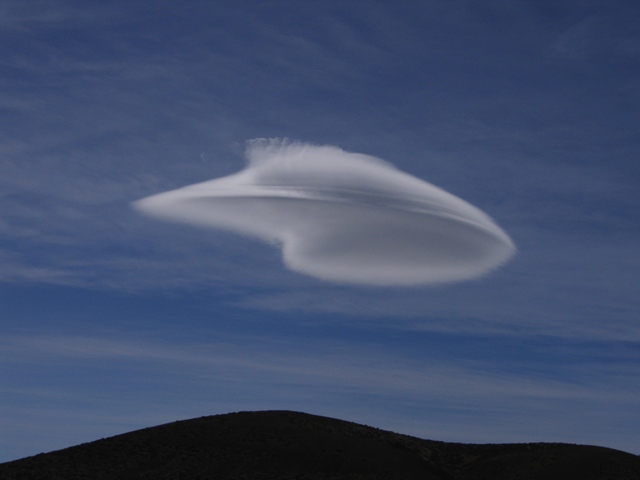 and Altocumulus castellanus with turrets or battlements amidst a chaotic sky.

and the expansive field of Altocumulus stratiformis.

I cannot say why altocumulus is my favorite cloud. Just that it is. When I walk outside and look up and the sky is filled with a layer of altocumulus I smile. I smile the smile of a blessed woman. I believe without a doubt that God presented that sky just for me. So I might gaze upon the glory of God.

(All photos above, except where sourced are my own, taken in Savannah, Georgia.)